You are here: Home1 / About

Strong Cannons has risen from the ashes of New Haven once again.

Once a local company of Connecticut at the turn of the 19th century, Strong Fire Arms Co. was a leading producer of breech loading firearms, cartridges, saluting cannons, and other various products of sort. Initially known as the Strong Cartridge Company, the cartridge portion gave way to Winchester, but their signal and saluting cannons still lived on and the company became known as the Strong Fire Arms Co.

Marc Lovejoy, a local entrepreneur, has undertaken custody of building Strong inspired saluting cannons. His ancestral roots can be tracked all the way to the Mayflower and eventually to the founding of New Haven. It is with his ancestry close in mind that has inspired him to keep this local traditional of excellent craftsmanship to produce these fine saluting and signal cannons alive.

Marc’s strong hands-on background gives him the perfect experience to recreate an already quality product. With a degree in mechanical engineering as well as an MBA from Quinnipiac University, he has the well rounded credentials to design and produce the highest caliber of merchandise. His later experience in the product development field, with products ranging from fireplace lighters to NASA space shuttle programs, gives him the design basis as well as the know-how needed to make superb quality cannons.

A new license on life.

Now that Marc has resurrected the old standard, he approached the Seaport of Mystic, CT and licensed the L.F. Herreshoff plans that were used to lay down a great foundation. 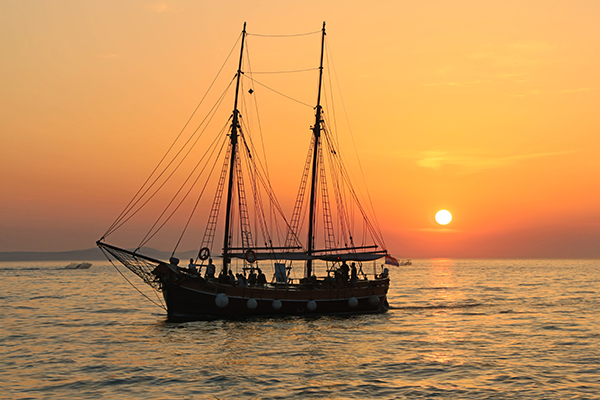 We are a design and product development firm at heart. So bring us your ideas and we can turn it into reality.